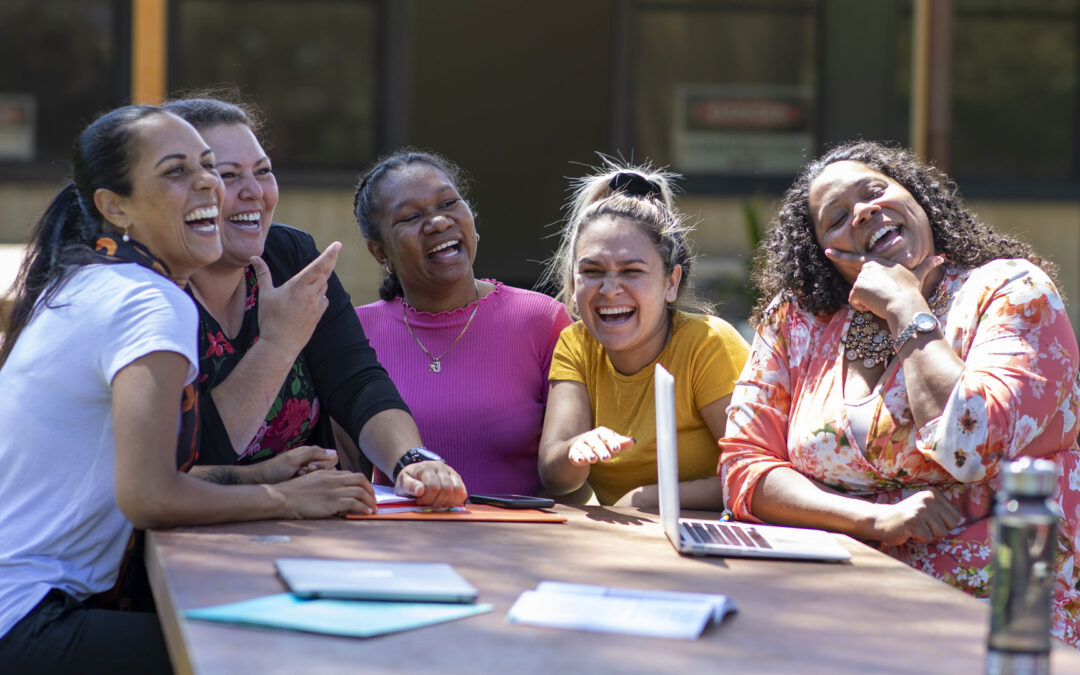 You are invited to join us on Thursday, 21st October (12.30pm to 1.30pm AEDT) as Rhanee Lester and Dr Kim O’Donnell present:  “AKction Kidney Care: hearing from the experts in action”.

Rhanee Lester and Kim O’Donnell will share their experiences and learnings (ways of knowing, being and doing) from their involvement in the AKction project, (Aboriginal Kidney care together- improving outcomes now), which began in 2019. This project centres the AKction Reference Team (ART), made up of Aboriginal and Torres Strait Islander patient experts and carers living with kidney disease. They will talk about the ways ART works in collaboration with the research team comprising health professionals (kidney doctors and nurses, patient experts, public health researchers, other stakeholders) to improve access and equity to culturally safe kidney health care in South Australia. The AKction project has now become a movement- AKction2, recently funded by a NHMRC ideas grant for the next 5 years. Watch this Space!

Rhanee Lester is a First Nations woman belonging to the Adnyamathanha people of the Northern Flinders Ranges, SA. Her mother’s parents are Adnyamathanha, her father’s parents are Welsh, and Tamil Indian. She grew up heavily influenced by the guidance of her Adnyamathanha culture and is proud to say that she is from a melting pot of different cultural backgrounds. Growing up in a Christian family Rhanee felt a spiritual presence within her life, both from an Adnyamathanha and Western perspective and easily draws strength from both belief systems that keep her grounded as she navigates her way through life. In 2004, Rhanee was diagnosed with end stage renal failure requiring dialysis and received a kidney from her father within four months. In 2013, the kidney transplant rejected and Rhanee was back on dialysis for seven years and began the workup to another transplant. In October 2020, Rhanee underwent her second kidney transplant this time through a deceased donor. She now uses her lived experience as a renal patient expert to advocate guide and inform better clinical practise in Aboriginal kidney care. Rhanee is a leader and role model in the communities she lives and works across.

Dr Kim O’Donnell is 57 years young, a mother and public health researcher who has lived and worked on Kaurna country, Adelaide for over 20years. Kim has returned, back to country regularly from childhood and is strong in her identity as a Malyangapa/ Barkindji woman. She graduated in 1985 as a primary school teacher, lived and taught in NT from 1986-1989, mostly at Peppimenarti, (a remote cattle station in NT). From 1989, Kim taught English in Japan. Upon returning in 1990, she did some relief teaching in Dubbo NSW, before moving to Sydney where she started her own business called Namaku jewellery. She travelled to western NSW in the early 90s teaching jewellery making. In 1994, Kim moved back to Darwin and became a flight attendant for the next 8 years. In this role, she travelled across Australia did refugee charter flights,flights into Dili during the Timorese peoples’ fight for self- determination from Indonesia and late-night flights into Irian Jaya to a gold mine called Tamika. Kim moved to Adelaide from Darwin in 2000, and in 2002, went back to university and completed her Master and Doctorate degree in Public Health. In 2004, Kim threw her hat in the ring to have a crack at the Chairperson position of the Board of Management and was elected as Chair from 2005-2009. Her leadership at this time drove the completion of the Mutawintji Plan of Management, a key document to progressing Mutawintji Lands. From 2015-2019, Kim Chaired the Mutawintji Local Aboriginal Land Council and worked hard with the Board to overcome the operational challenges. She is an internationally recognised researcher of Aboriginal health and wellbeing with strong leadership and Indigenous health services research capabilities, who will co-lead AKction2, (kidney health care project) in SA from 2021-2026. She has intercultural-interface and conflict resolution skills, the ability to bring out the best in people, and creates new opportunities in response to changing circumstances.

CRE-STRIDE Research Capacity Strengthening Webinars are free of cost and open to all. Please feel free to share this through your networks.

Click on the link below for more info, and to register.  We hope to see many of you there!